My SAAB has been throwing a mass airflow deviation code sporadically while driving. I hooked it up with GM Tech2 scan tool, reset my ecu, drive around for a while but the code will pop up again. When it throws the code the ecu also limits torque (the 04’s way of limp home mode).

I went through all of the vacuum lines and was not able to find a single leak anywhere. I think the MAF sensor is bad but I just wanted to get an opinion before I buy a new one.

I also took a video of the numbers read from the MAF sensor, which should be sitting between 3.5-4.5 g/s at idle. Mine sits below 3.5 most of the time and jumps up above 5 sometimes. 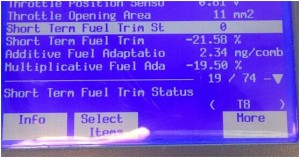 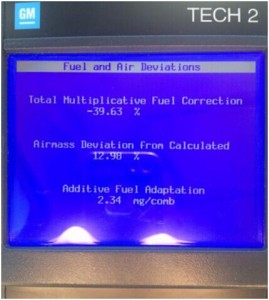 Replaced the MAF today, and the readings on the sensor are better (I think that MAF was going bad, I think there are multiple problems) but I’m still getting the p0101 airflow deviation code. I don’t believe that there is a leak on the line or in the intercooler anymore because I ran some tests with the tech 2 and noticed the only time there is an airflow deviation is during idle or letting off the gas. While under high load, deviation sat at right around 0%.

Going to try some more stuff out tommorow. Will report back.

Today I replaced the Charge Air Solenoid which is located on top of the turbo bypass valve next to the intake filter box. I drove the car around for a while with the tech2 and the air deviation was sitting right around 0%!

I think it is fixed now, I’m going to drive it for a few days to test but so far it seems the MAF and the Charge Air Solenoid were both going bad if not bad already. When I looked up what can happen when that solenoid goes bad, a few spots said it can cause the turbo to “pump” when letting off the gas which in my case caused a sharp fluctuation in MAF calculated and recieved during that time. It also is used to regulate engine idling so I believe thats why I was seeing a large deviation in idle as well.