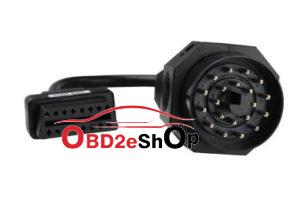 Procedure:
1. Remove the battery negative cable.
2. To remove the rear cup holder lift up the rear vent (1) and pull the cup holder (2) out. 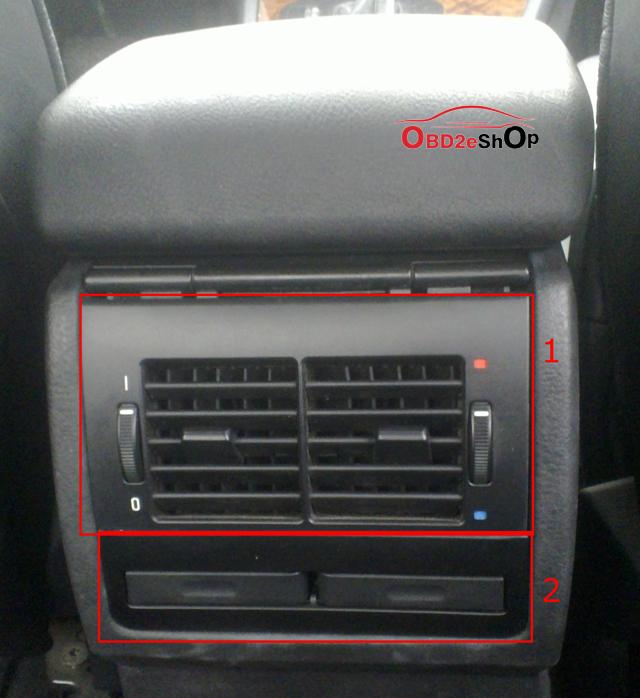 3. Pull down the rear vent (1) and remove.
4. Remove the two screws and two nuts circled in red. 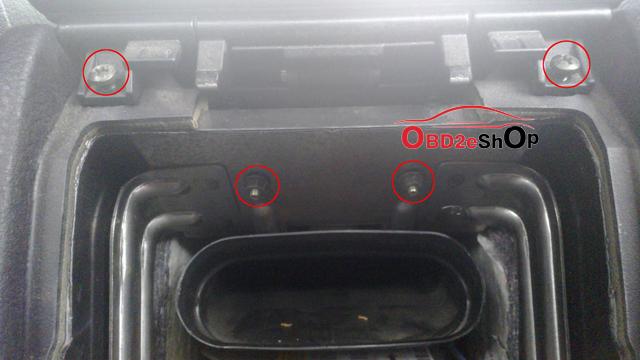 5. Remove the armrest and the tray under it.
6. Remove the two easily accessible nuts holding the airbag control module. 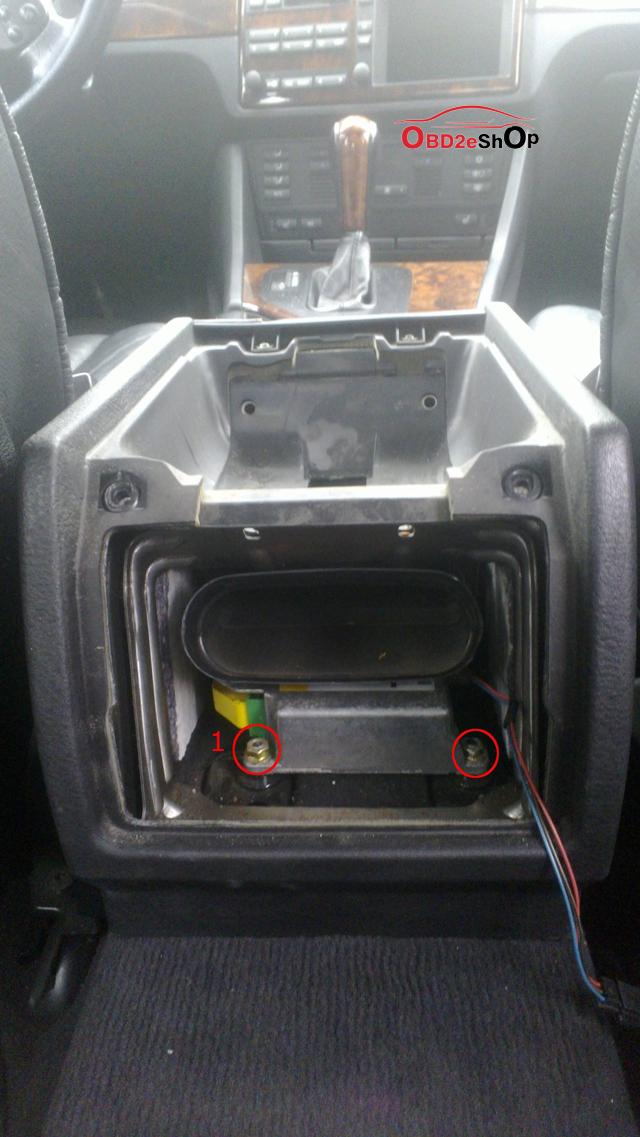 7. The third is a bit tricky to get to. It can be access via the hole circled in red. In the first picture you can barely make out the nut. In the second I’ve pushed the rear air duct to gain access to the nut. Any of my sockets didn’t fit through the hole so I had to put the extension through it and then install the socket on it inside the center console. A bit tricky to do, but not too bad. 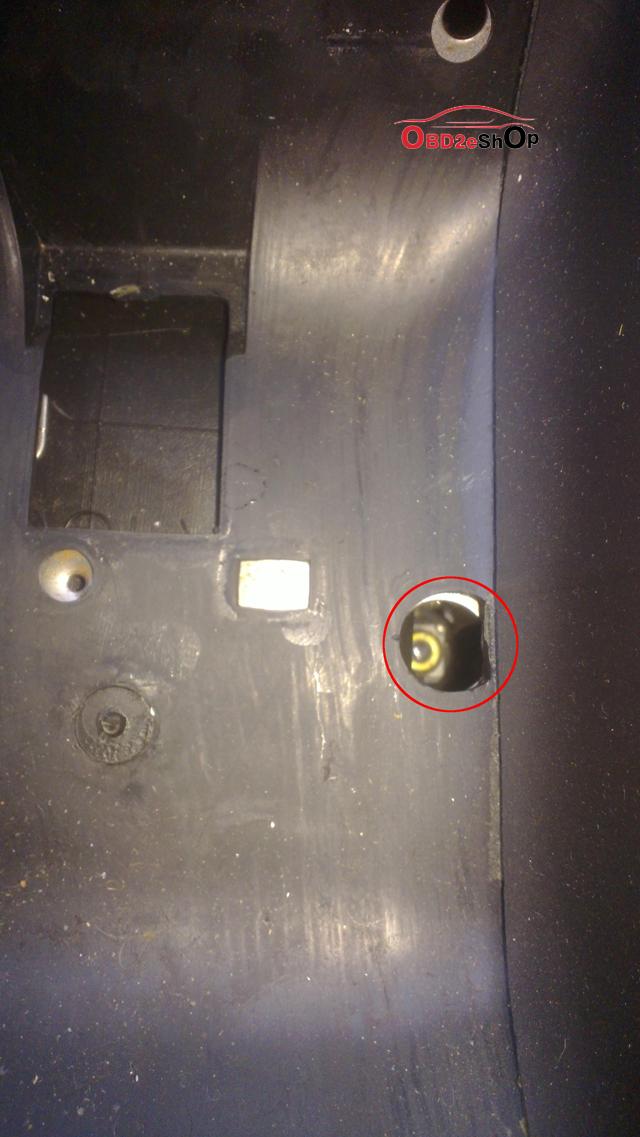 8. Remove the Airbag ECU connector. This type of connector is used in number of places on your e39. You’ll need to pull the green locking clip towards the rear of the car to release it. If you want to practice how to do it you can find similiar connector on Cd-changer, NAV computer etc.
9. Take out the old Airbad ECU and install the new one. Remember to put back the grounding wire under the nut (1).
10. Assemble everything back together. To install the third nut put a piece of paper between the socket and the nut so the nut won’t fall off.
11. Code the new Airbag ECU. I did this with NCS Expert.